After World war II when Hitler started
killing the Jews in Germany, they left Germany & went to search for a new home, Muslims in Palestine welcomed & helped them as JEWS & MUSLIMS are called as Cousins. So Palestine shared their land with them.

If you see the world Map before 1945, Israel didn't exist. From 1941 - 1948, in
the span of these 8 years, 259 Terrorist attacks were conducted by Jewish Terrorist via Many Organization like "IRGUN", "Stern Gang" and "Haganah". The most famous event was of King
David Hotel in Jerusalem on 22ND JULY 1946 which was done by "IRGUN", and which was headed by "Menachem Begin".

In this terrorist attack, a total of 91 Innocent people were killed ; 28 British, 45 Arabs, 17 Jews & 5 others. This Irgun Group dressed up like Muslims Arabs while doing this attack so that it looks like that Muslims have done these attacks. At this time "Menachem Begin" was
declared as the No. 1 Terrorist by British.

The Irgun believed that any means it is necessary to establish the Jewish State of Israel in Palestine. Later on, after a few years, when they got the power, they established their Jewish State Israel
in Palestine & "Menachem Begin" was made the prime minister of Israel, & after few years he also got the noble Prize for "PEACE".

Imagine, a person, who was responsible for killing so many people, getting a "NOBLE PRIZE". All the other Terrorist organization of Jews & their respective leaders became the Prime Ministers
& attained high ranks in the state of Israel.

Just Imagine if a traveller comes to your house for a help, you help him, protect him, & after few days he kicked you out from your own house & has labelled you as a 'terrorrist' now. Hitler was the one who killed 6 Million jews in Germany &
kicked them from Germany, why did these Jews come to Palestine , they should have fought for their land in Germany, but instead, Palestinian Muslims welcomed them with open arms, & now they are kicking the SAME Palestinians out from their own home. Today Palestinians are
called as Terrorist for what? They just want their own land back. Kindly share this short history to everyone so that at least they know what is the  truth behind all these issues..ISRAEL, THE REAL TERRORISTS IN THE WORLD! 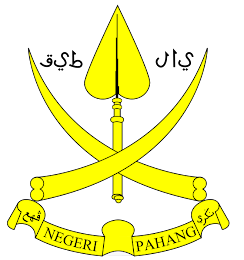